we have just heard the Christmas story in six different languages. In it there was again this moving scene in the field where God’s angel comes to the shepherds in the middle of the night. And then the Bible says: “and the glory of the Lord shone around them”.

Whatever exactly that is supposed to describe: In any case, a bright moment is meant, sudden light in the middle of the darkness of night in an open field.  Hope in the darkness!

Already 700 years earlier, the prophet Isaiah had spoken of such a light of hope. We often hear his words on Christmas Eve: “The people who walk in darkness see a great light, and on those who dwell in the land of darkness it shines brightly”. (Is 9:1) And then it continues: “For unto us a child is born, unto us a son is given; and the government is upon his shoulder: and he is called Wonder-Councilor, God-Hero, Everlasting Father, Prince of Peace…” (Isa 9:5)

“The people walking in darkness have seen a great light” On those living in the land of deep darkness a light has dawned.” Do you also feel that this particularly appeals to you this year? The thing about the light over a land of darkness?

I mean, of course, especially because of Covid 19. It’s true that the tighter measures that have been decided on will only come after the festival. And thank God we can celebrate this service here in the church again this year.

But the whole situation is somehow proverbially “dark”, makes you think, worries. And it has been going on for so long! That is perhaps the worst of it, including the devastating economic consequences in some places.

However, in the meantime there was always some hope: soon things will get better with Corona, we hoped: in spring when it gets warmer. Or in the summer, when the vaccination is available for everyone, etc. So we hoped.

But then something came up again: an insufficient vaccination rate, then a new Greek letter – Omikron.

And then we got the impression that the tunnel was getting longer and longer like a giant chewing gum, and the light at the end of was receding into the distance.

Or you know that from long car tunnels. You think you can see the light of the exit reflected on the walls. But maybe it was just a brightly lit parking bay. That’s the thing about the lights at the end of tunnels.

in the time of the shepherds, there were no tunnels, at least not miles of them through the mountain. But if the saying had already existed – our shepherds would have used it a few times by then.

On the one hand, as shepherds they already led a pretty hard life back then anyway. OK, many people back then had a hard life. But this job with the sheep and goats was something special: always outside in all weathers, poorly paid, and then also the danger. The key words were wild animals and bad guys.

On top of that, there was a general depressed mood in the country. It was perhaps a bit like today: back then it wasn’t Covid, but the Roman occupation that had ruled Israel for over 60 years and didn’t want to end.

There too, there had always been small rays of hope. Again and again, rumours surfaced that the Messiah was there, the one everyone had been hoping for centuries, the promised saviour. He would end the Roman rule and finally bring justice to the poor.  Hadn’t the prophets of old told of a scion from the line of King David?

So it was said in secret that the Messiah had been seen here. He had appeared there. There were rumours of one who performed miracles. Hope like lights at the end of the long tunnel of Roman occupation.

But then nothing came of it. The supposed Messiah failed. Turned out to be an impostor. Failed embarrassingly. Things like that that tried to take away hope. Just like we are experiencing right now.

And that’s how I imagine our shepherds: That evening, they’re sitting out there in the field near Bethlehem. And they’re telling each other the stories of their many failed hopes. The little lights at the end of the tunnel that lead to nothing.

The shepherds tell of all the vanished lights at the end of our tunnels, where we sometimes feel we are, the Corona tunnel and all the others.

And then suddenly, for a moment, everything is completely different. The shepherds experience a light like they have never seen before. Not like their little barely warming campfire, not like a light at the distant end of the tunnel, but now and here with them in the barren field it says: “And the glory of the Lord shone around them” This is how the evangelist Luke paints the scene.

And then a messenger of God says to these shepherds, “Do not be afraid! I bring you good news, that will cause great joy for all people. Today in the town of Bethlehem a Saviour has been born to you, he is the Messiah, the Lord.” (Luke 2:10-11)

That is an enlightenment, that is a light in a very concrete way. A light that does not blind them, but rather surrounds them like a warm cloak, a light that envelops them and really dispels the darkness for a moment.

And those who knew the Bible among the shepherds may have thought of the prophet Isaiah and his words: “The people who walk in darkness see a great light, and on those who dwell in the land of darkness it shines brightly” (Is 9:1).

Dear sisters and brothers, I believe this is the Christmas message for us today as well:

There may or may not be a realistic light at the end of the tunnel at Covid, or elsewhere in our lives – and it certainly does matter.

But do not be afraid! For the Saviour is born to you today. And the light of this message God sends to the very place where your darkness is, already here and now. It is a bright light already in the middle of the tunnel.

The Saviour for us – God for us. And that, precisely because he is only a “child wrapped in swaddling clothes and lying in a manger”, so quite human and close.

I think at this moment this is the stronger message for the shepherds than if they had just heard again about a new Messiah who will eventually sort everything out. But rather: The fact that God comes to them at this moment in the cold and dark field in the warming light changes everything for them.

And I believe that this can also change things for us: That we not only hear one more of those promises: Soon Covid will be over. That would be nice, but there is scepticism now.

But what can change something is to know: Now we have a loving and compassionate God by our side, someone by our side who goes all this way through Covid with us – or through any other tunnel in our lives.

Now we have someone with us who carries all our disappointment, our impatience and, if so, also our despair. That is what Jesus stood for with his whole life.

Now we have someone with us who also gives us strength to go on in solidarity with others through such difficulties as the pandemic.

Dear sisters and brothers, I wish us all to have such an experience of light like the shepherds in the middle of our lives.

It seems that the Covid tunnel is still dragging on. But so long please take away from tonight that none of us are going through this difficult time without God. Or through any other personally difficult time

For unto you is born this day a Saviour. And therefore: “The people who walk in darkness see a great light, and on those who dwell in the land of darkness it shines brightly.

Webpages of our members

Wir sind Teil von / We are part of 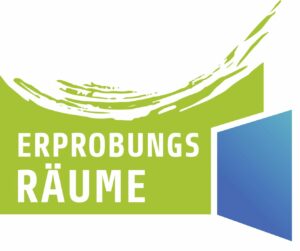